Pulse Check: Call volumes keep on climbing as we head into the last quarter of 2021

The call tracking data we shared in our last Pulse Check showed that the total number of calls our clients received over Q3 was up a shade over 16% compared to the start of the year. Our data also showed that July, August and September all saw improved call volumes compared to last year.

As we moved into Q4, the year-on-year improvements we’ve been tracking continued. The quarter started much stronger than it did last year when the nation was advised that restrictions were coming into play at what was a “critical moment” in the Covid-19 crisis. Our data shows that calls were up 34.7% for October 2021 compared to October 2020.

Call volumes across industries were up nearly 35% year-on-year in October. And Q4 is off to a stronger start than Q3 – our data shows October saw 20.9% more calls than July.

This rise in calls aligns with the recovery of some of the sectors hardest hit in 2020. Increases in the number of calls to both travel and automotive brands played a key role in lifting the trend line over Q3. But how have these sectors impacted the strong start we’ve seen in Q4?

Since the introduction of the Green List in May, we’ve seen calls to travel brands rocket. Our data shows that, following the rule changes and clearer travel system on the 4th October 2021, call volumes have continued to increase.

“Today’s changes mean a simpler, more straightforward system. One with less testing and lower costs, allowing more people to travel, see loved ones or conduct business around the world while providing a boost for the travel industry.” – Grant Shapps, Transport Secretary

The positive trend continues. Thanks to a healthy start, volumes are up 19% in October compared to September – despite a tail off at the end of the month.

The improvements we’ve seen in call volumes in the sector are most evident through a year-on-year comparison. There’s been a whopping 133% increase in calls this October compared to last.

Travel brands experienced nearly 33% more calls in October than July – indicating more holidaymakers are picking up the phone at the beginning of Q4 than at the start of Q3.

While things are looking very promising, travel brands still need to tap into every opportunity for growth.

In our latest travel eBook, industry journalist, Laura Gelder, shares some great tips that will help travel brands see a good end to 2021 - and an even better 2022.

The increase in calls to automotive brands has also continued. We saw just under 17% more call to automotive businesses in October than in September, and 20.3% more than at the beginning of Q3.

The increase in calls we’re seeing presents automotive dealerships with a golden opportunity to uncover insights that will help them strengthen their digital channels and shift more stock. Our latest automotive eBook explains more; download it here.

Retail bucked the trend in October

Before October, calls in the retail industry were down compared to last year. As a three-tier system placed restrictions on shoppers in England at the start of Q4, 2020 consumers turned to their handsets.

Despite having more freedom this year, shoppers are still picking up the phone. October saw a 14.3% uplift in calls in compared to September. This month-on-month increase in call volumes is 22.05% greater than it was at the same time last year when our data showed a 7.7% decrease in calls to retailers.

There was small year-on-year lift in calls to retails this October.

We’re expecting to see retailers receive more calls through November. Last year there was an increase of 28% in call volumes as consumers pulled out their credit cards in preparation for the holiday season. With gift buying and holiday prep at the forefront of shoppers’ minds, and Black Friday stimulating interest (which last year coincided with an 8.9% week-on-week surge in calls), it’s likely we’ll see a seasonal spike.

Do you know where your calls are coming from?

The positive dialling habits we can see presents businesses with an opportunity to gather insights that can be used to grow revenue. We can help you extract them. If you want to learn more, let’s start a conversation. 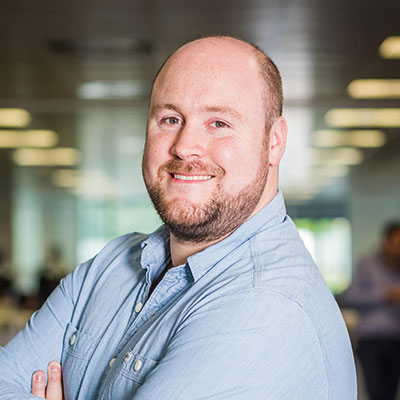 Product Marketing Manager
Andy has spent years obsessively analyzing B2B and B2C digital marketing campaigns and technology. Outside of his family, his main loves are Woking FC, his Xbox and his National Trust membership.