You can’t win them all.

But you can lose less.

As the new number plates are released in the UK, automotive dealerships can expect a spike in interest from people buying new cars and trading in their old ones. But people won’t be throwing a dart at a map to choose where to go, it’s a major decision that they will research.

At the touch of a screen, today’s customer has more opportunities to learn about a vehicle, manufacturer, and dealership than ever before. A recent study commissioned by Podium found that 93% of consumers are influenced by online reviews, and 81% have used Google to research a local business in the last year.1

Too many bad reviews will start biting into your bottom line eventually, as people choose other vehicles and locations. It’s imperative that you put the brakes on them, so we have looked at what’s causing people to give one star reviews, and what you can do about it.

Methodology: This research was conducted by looking at 100 1-star reviews on Google and AutoTrader across a mix of brands and dealerships all over the UK. For each one we chose the most recent 1-star reviews where a clear grievance was specified. Quotes are taken from real reviews, but often truncated for brevity.

“Okay,” you may think, “we’ve all had a few difficult punters. I’ve got a 4.4 rating, that’ll do won’t it? Why should I cry over a little spilt milk?”

It’s safe to say that none of these reviews were happy. But 49% of them specifically said they went elsewhere either to fix an issue or for their next purchase. Each one of those people represents thousands of pounds walking away from your forecourt.

“STAY AWAY! The brand’s dealership in Guildford was so much better when I got my next service from there instead.”

Buying and servicing a car is a serious investment. People want to speak to real people, and until someone visits a dealership the most direct engagement you will have with them is the phone call.

53% of these reviews specifically mentioned speaking (or trying to speak) on the phone with the dealership. These were often the first point of communication before the customer visited the dealer, or were used when a more urgent, personal response was needed.

The frustrating thing when reading a lot of these reviews was how easily they could have been solved if information was flowing better between the customer and all necessary parties at the dealership. A communication issue was outlined in 44% of the complaints.

Common incidents included booking requests not being acknowledged, issues mentioned on the phone not being passed onto the mechanic, or potential customers not being told a car they wanted to test drive had now been sold.

“They have not kept me updated about my vehicle, and don't seem to bother checking or answering their emails.”

4) Time is the most precious resource

None of us are getting any more of it, and if you aren’t respecting your customer’s time then they will soon lose respect for you.

In the reviews we looked at, 23% expressed frustration at how long they were made to wait either on the phone or in the dealership, while a further 20% were dismayed at how a response or call back was either delayed or non-existent.

“I spent a total of ten hours over two days trying to get through to their switchboard or waiting for the call back I was promised.”

5) People will hear about your work

Specific examples of poor workmanship were highlighted in 31% of the reviews. Nobody was ever happy to receive a botched car, but in the past, word of a dodgy fitting may only spread to a customer’s close friends and family.

The ramifications of poor work can now spread far outside of a disgruntled motorists social circle, and may stick around for years.

“I was told a complete car check had been completed, but experienced a tyre failure on the M1 30 minutes after leaving. The tyre valve had not been tightened, an obvious fault to find.”

Cold, dismissive, or plain nasty demeanours were responsible for a great deal of one-star reviews, as 22% of them mentioned bad manners. These ranged from being ignored by reception staff to being outright insulted by the sales people, and often ended with the customer walking away from the forecourt without spending a penny.

“They advised that it would be too much car for my wife to handle and that we should look for something a bit more mumsy.”

Nobody likes paying more money than they were expecting, but if their beloved motor is falling to bits more than they realise then sometimes this is unavoidable. All the same, 23% of complaints specified hefty unexpected payments, usually on parts and services but also a price quoted on the phone being different from the one discussed on the forecourt.

“I called about two issues that I was told on the phone would be covered under warranty, but once the work was done they tried to charge for both, claiming there weren’t covered.”

Many reviewers were upset by a discrepancy they found between the vehicle they saw on the website and what they were presented with at the dealership. Others complained about the unhelpful “it doesn’t include that” responses they got when they tried to actually use the services they were led to believe they had paid for.

Misleading descriptions of services and vehicles were pivotal gripes in 27% of the one-star reviews we analysed.

“...a week later he showed me a car that was rusted like it had stood on a beach for years.”

9) All that for nothing

A car is a pivotal part of many families’ daily routines, take it away from them for a long time and suddenly they’re in a difficult position. It also isn’t something you can pick up from the shelves in the supermarket, so if someone has to make a 100 mile round-trip to pick it up and they’re not happy with it then they’re not going to be pleased about wasting half their day.

Unnecessary inconveniences were detailed in 20% of single star reviews.

“When my 80 year-old father got to the garage he was left to wait for about 45 minutes before being told that they were no longer going to give him a lift home, but offered a lift to the bus station instead.”

We thought this would be higher, but it seems there are still some customers who receive the outdated, forced sales approach that has given some dealerships a bad name in the past. 13% of complaints pointed directly to a pushy sales approach making them feel pressured, uncomfortable, and unhappy with their experience.

“I had a car I wanted, but they kept trying to push me to more expensive models. It made me feel embarrassed to keep saying I can't afford that but he kept pushing. The manager said I'd be doing him a favour if I bought it so he could meet his targets. I left feeling tired and sad.”

A third of people listed other customer service issues as key reasons why they left a solitary star. This could have been an unhelpful or unsatisfactory experience on the phone, a complicated booking system, or not cleaning a new car.

“Extremely surprised at how unhelpful the service department was. They gave me no support or advice, only answering 'it depends'.”

What can you do?

Step one in solving a problem is identifying it. Good, done. So now what?

It wouldn’t be our place to lecture you on some of these things (you can probably change a tyre better than we can), but we do have experience helping brands improve on some of these challenges. Here’s a few of our suggestions, as well as some ways that Infinity can help.

If a customer says you promised the moon on a gear stick, it can become your word against theirs. But if you’re smart about storing communications, you can diffuse tensions by proving you have stuck to your word, highlighted where you were responding to what they said, or identify where a misunderstanding arose from.

Call recording, a joined-up CRM system, and having a responsible policy on email communications can all help give you the full picture.

Every brand needs to know where their customers are coming from, and the road they took from first step to final sale, and beyond. Knowing this isn’t just beneficial for optimising marketing efforts, it can also show you what people are looking for before they make a call. This will ensure your phone agent can help provide them with a personalised service.

You will also see if people are actually visiting pages with service options on, or other products that they may call about or dispute later on. Tailoring their journey so that they’re more likely to see such content will help minimise disruption later on.

By rating the outcomes of calls, you can quickly catalogue and search them based on what happened on the call. Was there a test drive booking? A service request? An existing customer?

Infinity empowers you to rate phone calls in a number of ways, both manually and automatically, in a manner customisable for you. You can now easily look up certain types of calls, without trawling through them all when you have better things to spend your time doing.

Many of the main review sites give you the opportunity to reply publicly to the complaint. This can help to smooth over some matters, and provide important, mitigating details that the reviewer may have missed out. It shows you’re listening to your customers and continuously trying to improve the experience.

One thing we would recommend is to avoid copy and pasting the same message to each one. We noticed this a few times and it comes across as quite hollow.

Know what are you missing

If you’re not monitoring when you miss calls, or how long people are left on hold, you might not even know you have a problem until those one star reviews start rolling in. Infinity will tell you when you are missing calls, which dealership is missing them, and if you spent PPC budget on those callers. This information is used by many of our clients to help eliminate missed opportunities.

Do any of these sound familiar? Perhaps they don’t and you’d like to keep it that way. Infinity can help you in the ways we’ve mentioned, and many more. See call tracking helps the automotive industry here, and get in touch with us here or via the chat box to the right if you’d like to discuss your challenges in more depth. 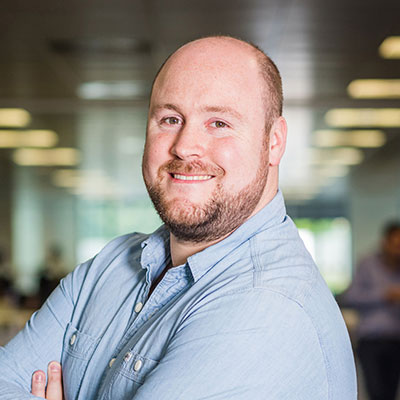 Product Marketing Manager
Andy has spent years obsessively analysing B2B and B2C digital marketing campaigns and technology. Outside of his family, his main loves are Woking FC, his Xbox and his National Trust membership.