Virtual Reality: the next step for communications?

In my recent talk at Integrated Live, ExCel London, I discussed how we’d moved from the stone age tablet to the iPad tablet in 5000 years. From Alexander Graham Bell’s phone to Mark Zuckerberg’s Facebook Messenger, we’ve come a long way since scratching on clay, and most of the progress has been in the last 100 years. Which begs the question: what does the more immediate future hold for developments in communications?

Well, I believe that Virtual Reality (VR) is the way forward. Facebook’s backing it, so that’s usually a sign that it’s going to be big … just take a look at what happened to Instagram. So how will VR be used to communicate with other people? What possibilities does it present?

So, what is Virtual Reality?

Put simply, it’s a computer-generated 3D environment, which users can explore in an interactive way. It creates an immersive world that engulfs the reader and, as implied by the name, becomes almost indistinguishable from reality.

At the moment, VR is primarily used for gaming, but other uses are quickly becoming apparent. Travel companies are using it to provide tours of accommodation and famous landmarks, engineers and construction workers use it to plan their next project. VR is even used to train doctors and help cure patients.

The VR market is predicted to be worth $120 billion by 2020. VR technology is developing fast, and this is one of the main drivers for its success. As the technology improves (and becomes more readily available), more and more people will take to VR on a regular basis. 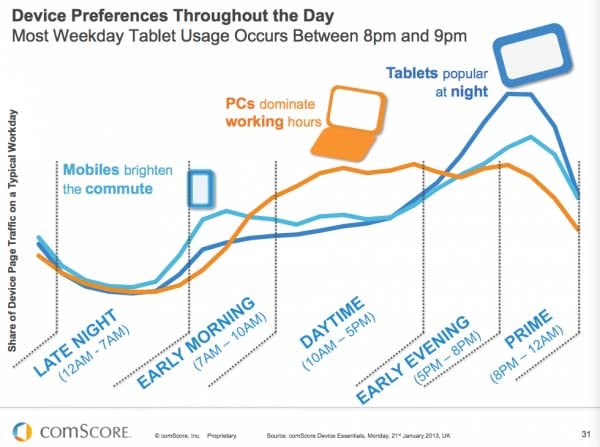 So far, we’ve only had three major releases of VR headsets:

However, I predict that this number will increase rapidly as people get to grips with the technology and demand for Virtual Reality grows.

The world as we know it is all about communication. We now have the ability to speak to people ‘face-to-face’ instantaneously, through Skype, WhatsApp, Facebook Messenger and a whole host of other apps. And if you’re not into being filmed, there’s a tonne of instant messaging apps at your disposal.

VR is much more than a gaming platform. It has a whole host of applications and I predict that it will bring a whole new dimension to communications. It will immerse participants and make them feel like they are really in the room with their friend, co-workers, retail assistants or even medical professionals. It will provide a level of intimacy that phone calls, texts and video chats can’t match, so may even become the go-to communication method of the modern world.

VR allows users to be absolutely anywhere, with their companions, and trick their brains into thinking that they’re in the same room. And, as soon as VR creators manage to get rid of the glitch that means my hand will go straight through your body, they’ll have cracked it.

Text-based communications lack the personality that comes with a face-to-face; there are no body language or facial expressions to read, and those are so important when trying to develop a relationship with another person.

Virtual reality will bridge the gap and bring people together across vast distances in a way that email, messaging apps and Skype just cannot.

Social media is a big part of our lives – the average internet user has an average of 5.54 social media accounts – so it makes sense that part of VR’s future lies in the social realm. (And with Facebook investing heavily in the Oculus Rift - this gives us a pretty big hint too).

But how will it integrate? Well, Facebook’s 360 videos are a good place to start. By wearing a VR headset, you can feel like you’re in the heart of the action of a sports game, West End show or even a scientific mission to Mars. Already, more than 20,000 360 videos have been uploaded, and hundreds more are added daily, so Facebook has a rich bank of videos to test out its VR possibilities.

How your communication strategy will change

For a while, everyone will be fascinated by this new piece of kit. This novelty of being totally immersed in your own little world will eventually fade, and then you can adapt your communications strategy to your advantage.

You will have to deliver exciting VR content with a clear benefit to the end user. Storytelling and creativity will be vital to create meaningful interactions between your customer and your client. Through VR you will soon have the ability to immerse a prospective client within your brand, and drive your relationship forward.

Your VR strategy will become an integral part of your omni-channel strategy, so you must make sure it co-ordinates with the rest of your content, as well as keeping up with the latest tech developments.

VR is just one of the many channels through which prospective leads can encounter your brand (if you establish a presence there!) By finding a system, like Infinity, that tracks all of your communication channels, you will be able to understand every touchpoint on your customer’s journey. You can then use this unique insight to fine-tune your future communications and boost your conversions.